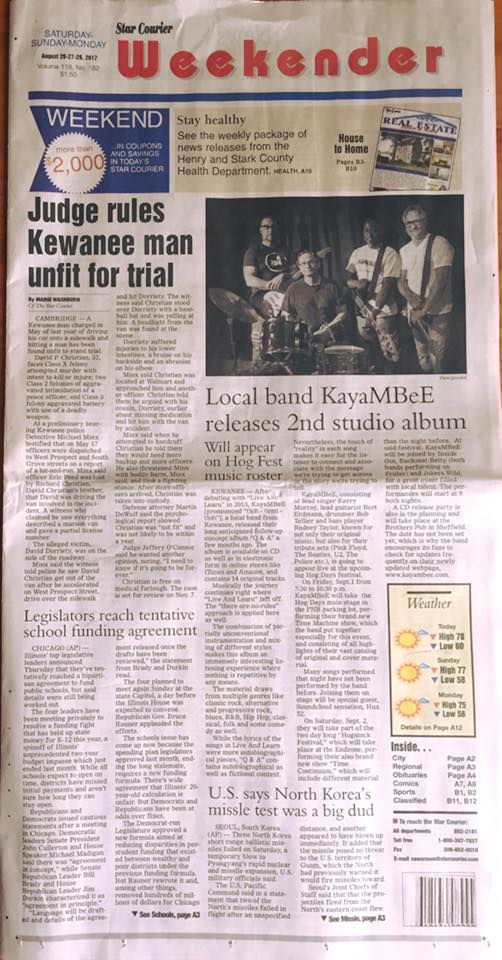 After debuting with “Live And Learn” in 2013, KayaMBeE [pronounced “\’kā\ – \’em\ – \’bē\”], a local band from Kewanee, released their long anticipated follow-up concept album “Q & A” a few months ago. The album is available on CD as well as in electronic form in online stores like iTunes and Amazon etc, and contains fourteen original tracks. Musically the journey continues right where ‘Live And Learn’ left off. The “there-are-no-rules” approach is applied here as well. The combination of partially unconventional instrumentation and mixing of different styles makes this album a immensely interesting listening experience where nothing is repetitive by any means. The material draws from multiple genres like classic rock, alternative and progressive rock, blues, R&B, Hip Hop, classical, folk and some comedy as well.

KayaMBeE, consisting of lead singer Kerry Murray, lead guitarist Bert Erdmann, drummer Bob Tellier and bass player Rodney Taylor, known for not only their original music, but also for their tribute sets (Pink Floyd, The Beatles, U2, The Police etc.), is going to appear live at the upcoming Hog Days festival. On Friday, September 1st from 7:30 to 10:30 PM, KayaMBeE will take  the Hog Days main stage in the PNB parking lot, performing their brand new Time Machine show, which the band put together especially for this event, and consists of all highlights of their vast catalog of original and cover material. Many songs performed that night have not been performed by the band before. Joining them on stage will be special guest, Soundcloud sensation, Hux 52.

On Saturday, September 2nd, they will take part of the two day long “Hogstock Festival”, which will take place at the Endzone, perfoming their also brand new show “Time Continuum”, which will include different material than the night before.  At said festival, KayaMBeE will be joined by Inside Out, Backseat Betty (both bands performing on Friday) and Jokers Wild, for a great event filled with local talent. The performances will start at 8 PM both nights.

A CD release party is also in the planning and will take place at the Brothers Pub in Sheffield, IL. The exact date has not been set yet, which is why the band encourages to check for updates frequently on their newly updated webpage, www.kayambee.com.

KayaMBeE will appear live at the Kewanee Hog Days festival.
Taking the main stage on Friday, September 1st.
Performing from 7:30 to 10:30 PM.

Oh, and by the way, there is no admission fee.
It’s a concert for the people! 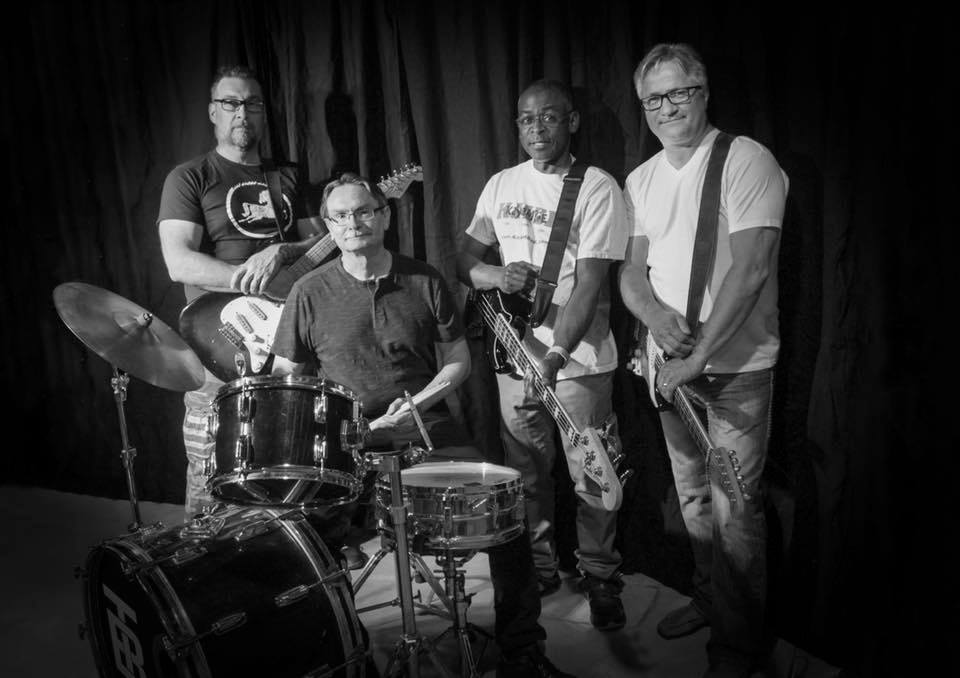 Two nights of great music, GUARANTEED,
as four of the best local bands WILL give their absolute best to deliver the entertainment you’re looking for. It’s going to be big, and it’s going to be awesome.

Friday and Saturday of the Hog Days Festival weekend in Kewanee, IL!

Inside Out and Backseat Betty on Friday, September 1st, and
KayaMBeE and Jokers Wild on Saturday, September 2nd,
at the End Zone sports bar in Kewanee, IL.
Shows will start at 8 PM each night. 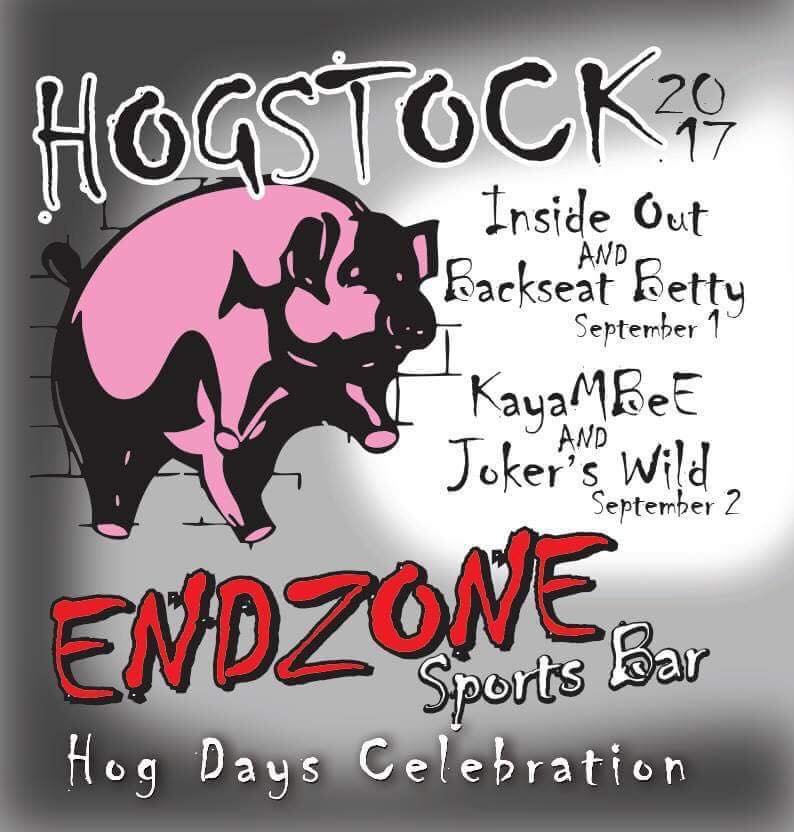 brand new merchandize: Q&A koozies.
available in four cool colors.
Which one would you choose? 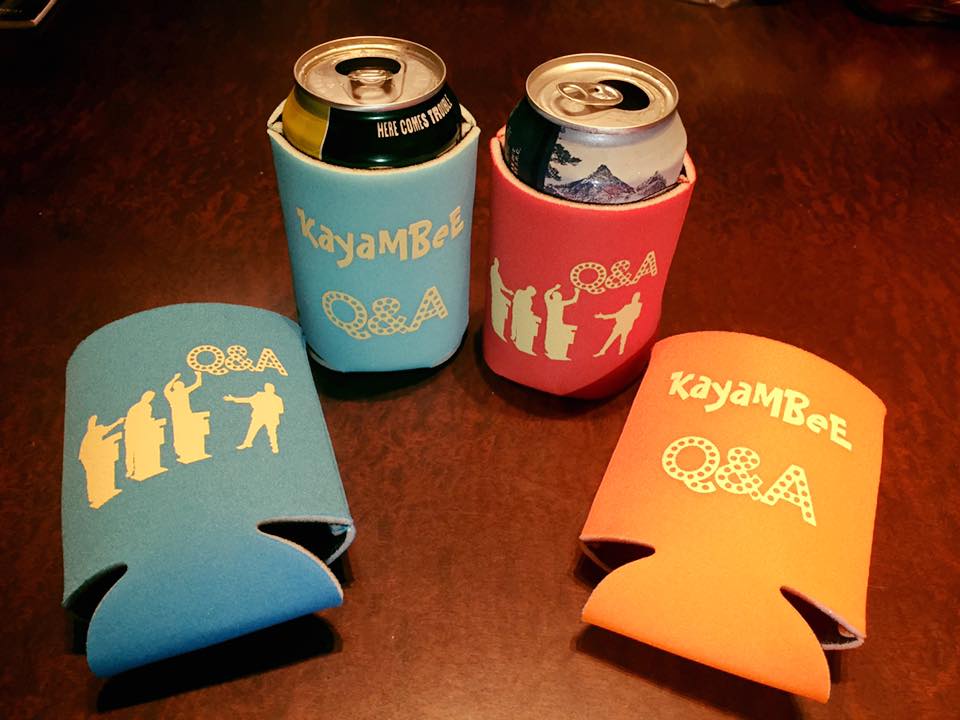